Geopolitical news and analisys by Benjamin Fulford, March 22, 2016 – „Something Strange Happening Around Antarctica as Negotiations for New Financial System“

Obama to extend trip to Argentina with Patagonia visit

Russia and China increase their presence in Antarctica

„For a religious leader to question a person’s faith is disgraceful,“ he said.

He was responding to a statement the pope said earlier Thursday that Trump wasn’t a Christian because he wants to build a wall between the United States and Mexico.

“A person who thinks only about building walls, wherever they may be, and not building bridges, is not Christian,” Francis said on the papal airliner after his six-day visit to Mexico.

Trump then responded at his event.

„If and when the Vatican is attacked by ISIS, which as everyone knows is ISIS’s ultimate trophy, I can promise you that the Pope would have only wished and prayed that Donald Trump would have been President because this would not have happened,“ he said in a rally at the Kiawah Island Golf Resort.

If and when the Vatican is attacked by ISIS, which as everyone knows is ISIS’s ultimate trophy, I can promise you that the Pope would have only wished and prayed that Donald Trump would have been President because this would not have happened. ISIS would have been eradicated unlike what is happening now with our all talk, no action politicians.

The Mexican government and its leadership has made many disparaging remarks about me to the Pope, because they want to continue to rip off the United States, both on trade and at the border, and they understand I am totally wise to them. The Pope only heard one side of the story – he didn’t see the crime, the drug trafficking and the negative economic impact the current policies have on the United States. He doesn’t see how Mexican leadership is outsmarting President Obama and our leadership in every aspect of negotiation.

For a religious leader to question a person’s faith is disgraceful.

I am proud to be a Christian

and as President I will not allow Christianity to be consistently attacked and weakened, unlike what is happening now, with our current President. No leader, especially a religious leader, should have the right to question another man’s religion or faith. They are using the Pope as a pawn and they should be ashamed of themselves for doing so, especially when so many lives are involved and when illegal immigration is so rampant.

By: Sorcha Faal, and as reported to her Western Subscribers

A mind-boggling report circulating in the Kremlin today prepared by the Ministry of Defense (MoD) states that the sudden launching yesterday by Aerospace Forces (AF) of two satellites are for the protection of the Federation naval research vessel Admiral Vladimisky—which has just departed the Saudi Arabian Port of Jeddah after taking on board a mysterious object described as the “Ark of Gabriel” whose importance is deemed so vital that President Putin has further ordered naval warships guided missile cruiser Varyag, the Sovremennyy-class destroyer Bystry, Boris Chilikin-class fleet oiler Boris Butoma, and the powerful salvage tug Alatau that upon the ending of their current mission in India, they are to rendezvous with the Admiral Vladimisky in the Southern Ocean providing it protection as it sails to Antarctica.

According to this report, the unprecedented mission being undertaken by the Admiral Vladimisky research vessel began on 6 November when it departed from Kronstadt on the Federation’s first Antarctica expedition in 30 years—and described by the MoD as having such “critical military-religious” significance its cargo includes capsules with Russian soil which will be placed in the areas of military glory and burial sites of Russian sailors at selected ports of call.

To what spurred this astonishing mission, this report explains, was the contacting on 25 September of His Holiness Patriarch Kirill of Moscow by representatives of the Custodian of the Two Holy Mosques in Mecca, Saudi Arabia, regarding a mysterious ancient “device/weapon” discovered under the Masjid al-Haram Mosque (Grand Mosque) during what has turned into a very controversial construction project begun in 2014.

Photo of construction being done at Islam’s holiest site, the Grand Mosque in Mecca

Gravely raising the concerns of the Grand Mosque emissaries, this report continues, was when this mysterious “device/weapon” was discovered on 12 September by a 15-man tunnel digging crew—and who in their attempting to remove it were instantly killed by a massive “plasma emission” so powerful it ejected from the ground toppling a construction crane killing, at least, another 107 people.

Catastrophically worse, this report notes, was that barely a fortnight after the first attempt to remove this mysterious “device/weapon” was made on 12 September, another attempt was made on 24 September which killed over 4,000 due to another massive “plasma emission” which put tens-of-thousands in panic—but which Saudi officials then blamed on a stampede.

After the catastrophic death toll involved with the Saudi’s second attempt to remove this mysterious “device/weapon”, this report says, His Holiness Patriarch Kirill was then contacted by the Grand Mosque emissaries in regards to one of the oldest Islamic manuscripts possessed by the Russian Orthodox Church that was saved from the Roman Catholic Crusaders in 1204 when they sacked the Church of Holy Wisdom (now known as Hagia Sophia) in Constantinople (present day Istanbul, Turkey) titled “Gabriel’s Instructions To Muhammad”.

Important to note, this report explains, and virtually unknown in the West, were that the Roman Catholic Crusades (and like they mirror today) were not only against the peoples of Islamic faith, but also against those having Russian Orthodox faith too—and why, during these crusades, the Russian Orthodox Church not only protected their own religious libraries from being destroyed, but also those belonging to Muslims.

As to the contents of this ancient Islamic manuscript, “Gabriel’s Instructions To Muhammad”, this report briefly notes, it centers around a group of instructions given to Muhammad by the Angel Gabriel in a cave called Hira, located on the mountain called Jabal an-Nour, near Mecca, wherein this heavenly being entrusted into Muhammad’s care a “box/ark” of “immense power” he was forbidden to use as it belonged to God only and was, instead, to be buried in a shrine at the “place of worship the Angels used before the creation of man” until its future uncovering in the days of Yawm al-Qīyāmah, or Qiyâmah, which means literally “Day of the Resurrection”.

Though this MoD report mentions virtually nothing about the conversations held between His Holiness Patriarch Kirill and the emissaries of the Grand Mosque in regards to this mysterious “weapon/device”, it does stunningly acknowledge that when President Putin was first informed about this grave situation, on 27 September, he not only immediately ordered the mission to Antarctica for the Admiral Vladimisky research vessel, he, also, further ordered 3 days later, on 30 September, Aerospace Forces to begin bombing Islamic State terrorists and targets in Syria.

This also pertains to why Russia is helping Saudi Arabia move it to Antarctica—but with both of these nations soon to be at war with the fascist governments of the West, one need only watch the following video [or click HERE] of some of Russia’s top military officers explaining what they know of Antarctica, and its past, to figure out for oneself how critical, indeed, these times really are that we are living in.

December 6, 2015 © EU and US all rights reserved. Permission to use this report in its entirety is granted under the condition it is linked back to its original source at WhatDoesItMean.Com. Freebase content licensed under CC-BY and GFDL.

[Ed. Note: Western governments and their intelligence services actively campaign against the information found in these reports so as not to alarm their citizens about the many catastrophic Earth changes and events to come, a stance that the Sisters of Sorcha Faal strongly disagrees with in believing that it is every human beings right to know the truth. Due to our missions conflicts with that of those governments, the responses of their ‘agents’ against us has been a longstanding misinformation/misdirection campaign designed to discredit and which is addressed in the report “Who Is Sorcha Faal?”.]

Pope Francis met Friday with Patriarch Kirill in the first-ever papal meeting with the head of the Russian Orthodox Church, an historic development in the 1,000-year schism that divided Christianity. The meeting took place at Havana’s airport. (Feb. 12) 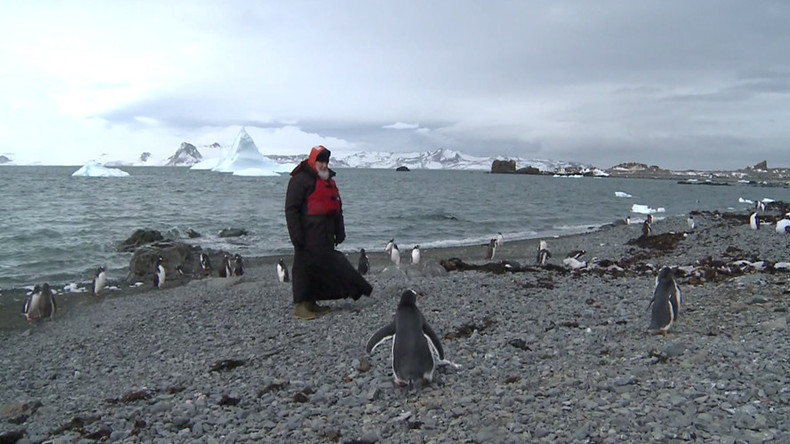